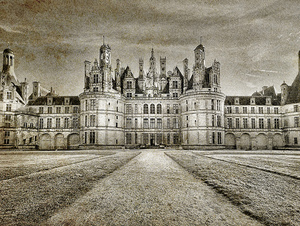 Black jack gained its popularity in France in the 18th century and it was known as Vingt-et-un in those times. It was also known to be Napoleon’s favorite game while he was on exile in Elba and St. Helena. The game was especially popular with the French women and quite a lot of the earlier references to the game are in regards to the women of France.

Madame du Barry, who was Louis XV Born Jeanne Becu’s mistress, was reportedly very fond of the game around 1743. Outside of France, the earliest and the most interesting references to the game were found in the Duchess of Northumberland’s diary. On 7th June, 1772 the entry in her diary reports the Duchess to be playing the game till supper time. In 1790 there was another reference to the game in the diary of A.C. Bower where he mentioned that he sat down to play the game with every woman in Winchester.

One of the most interesting references to the game were found in the books of Jane Austen, who often refers to the game so pertinently in her books that it goes to prove that she must have been a good player of the game herself.

Interesting Fact: Contrary to the popular belief, Napoleon was never fond of solitaire and there are no evidences that suggest that he ever played the game.

The first well known woman gambler of the West was in fact had an association with the game. One of the first known women gamblers was Madame Simone Jules who was believed to be quite young and was employed at Bella Union casino in San Francisco as a roulette croupier. With her employment at the casino, several other casinos in the neighborhood began employing women to stay in competition. She was known to have an interest and good skills in the Twenty-One game.

In 1854, the woman disappeared mysteriously and later that same year a woman, who was known as Madame Eleanore Dumont, having striking similarity to her appeared in Nevada. The woman got herself a room at a hotel on Broad Street and started her own Vingt-et-un table for the local miners in the town. She ran the table herself and was immediately liked and admired by all because of her attractiveness. The woman had striking resemblance to Simone Jules, including the fine hair on the upper lip as well as refinement in character.

With time her table and her establishment gained much popularity due to her charm. The players at her establishment were not allowed to fight or swear and were required to remove their hats when she was present. After a short while she expanded her establishment and moved to a larger premise. However, in time her business dwindled and she had to resort to gambling and opening up a brothel to survive. She committed suicide and her body was found in a river in 1879.