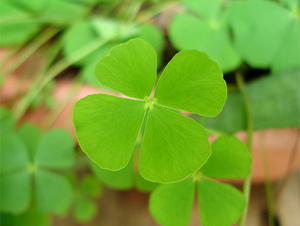 The superstition is in the past now, and not many people believe it these days. Today, women are welcome at all casinos and the money that they bring in is also cherished. The proportion of women players still remains low which is quite a shame. Women have a greater advantage in a casino in comparison to men due to quite a lot of reasons.

Women mostly experience chivalry from the casino bosses and also from the male players and dealers. At casinos where there are women dealers, women players are likely to receive sympathy and favors than a man. Another advantage with women is that they mostly remain out of the radar of the dealers and the bosses because they generally do not find a delicate beautiful woman to be a likely suspect for card counting. This could be used to play poker as well, and one of the best poker bonus I know of is used by many famous women in poker.

There are also quite a lot of other interesting superstitions that players still believe in today, like the Bad player curse. Players believe that any player who makes a bad move or one who hits the stiff on a bust card would put a curse on the table.

Interesting fact: According to a popular superstition that is even followed today by quite a lot of players, the gambler’s fallacy phenomena where they are required to increase the bets after loosing and decrease the bet after winning to bring the lady luck on their side.

In several casinos there are members of casino staff that sit at the table and play to increase the business. Most players mistrust such players who play for the house who are also known as “shill”. Such players are required to play according to a list of rules stated by the house in order to avoid appearing as an anchor man.

According to these rules, the shill can not double down, draw to a hand that can be broken or split a pair. Such player has to either draw or stand when he has soft hands and like the dealer the player has no choice as to how he can play the hands. This process gives quite a lot of relief to players who superstitiously believe that when a player preceding them draws a card that would have been useful to them; the player spoils his hand in doing so. With a shill playing at the table there isn’t at least any discretion involved.

Blackjack is all about winning and loosing, about luck and good play. If superstitions had been real, most players would be winning a lot of money by just blindly following them rather than spending so much time on perfecting their skills.