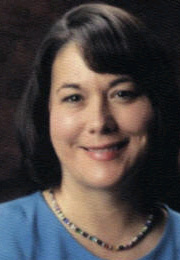 Cathy Hulbert was one of the first women to professionally play blackjack. During her career Cathy won several different accolades and she encourages and supports professional female players from across the world.

Cathy worked for the New York State Senate after graduating. She had a great profession and several promotions under her belt but she soon realized that she did not really want that for herself. During her college years she had acquired good skills in different card games and she wanted to take up professional gambling.

Cathy quit her job and two weeks later arrived in Las Vegas with all her belongings and got a job as a blackjack dealer. Soon her encounter with the legendary Ken Uston changed everything in her life. Ken was the member of a team called The Czechs which a card counting team. Cathy soon learnt the art and joined Ken’s team. During the 60s and the 70s she toured everywhere as a member of the team and earned a good deal of money.

It was during this lifestyle that she was arrested a few times and was even expelled from quite a lot of casinos. It is known that to escape the radar of the casinos Cathy used to pose as a man and play blackjack at several casinos with a false wig and a beard.

For a short while Cathy even played the slots professionally. Slots are not known to be very profitable but due to her hard work and skills she managed to earn substantial money through the slot machines. After playing slots and blackjack Cathy tried poker. She had been playing poker for three years when she met Rick Greider and David Heyden who were known to be the best players then.

Cathy learnt quite a lot of skills from them and she claimed that there were a lot of advantages of being a woman player and manipulating men at the game was quite easy. Cathy is still quite active in professional poker circuit.

Interesting fact: Cathy Hulbert is the only woman who was listed by the Card Player Magazine as one of the world’s best seven stud poker players.

Today Cathy is involved in promoting blackjack and poker among women. She runs a website which is quite popular and offers articles and poker tutorials. She was named as the best female gambler in the world by The Game Show Network. The Travel Channel had featured a special episode on Las Vegas gambling where Cathy had revealed a few tricks that she had used while she played at casinos.

Cathy is also author of the book titled “Outplaying the Boys: Poker Tips for Competitive Women” which is quite popular. At present Cathy lives in California and writes fiction in her spare time.